Tourtravelinfo.com
Its all about destinations

Agra is a small city in India but, Taj Mahal has made it world famous. However, Taj Mahal is an amazing wonder and it lives up to its expectations for sure. The beautiful wonder of the World offers a great sense of architecture and leaves its spectator in awe.

Apart from that, Agra is famous for its sugary sweet which is known as petha in local language. Agra also sells different kinds of saris which are made from bamboos, banana leaves, banana stems and even pineapple. It is really fascinating to see these products and even buy them. The amazing part is that these saris are made by the criminals who are residing in the Agra jail. It is an initiative by the government of Agra.

Thus, Agra has a lot of different things which may leave you speechless. Read on to find the things that you can do to explore and feed the wanderlust in your soul. 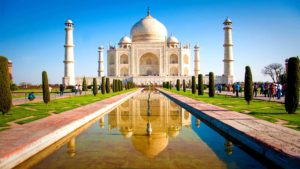 The first monument is obviously the Taj Mahal. It is illustrious and stunning both. It was built by the Mughal Emperor Shah Jahan for his wife Mumtaz. Thus, it is also considered as the symbol of love. It took 22 long years to finish the construction of Taj Mahal. Taj Mahal is famous as Seven Wonder of the world and also declared as World UNESCO Heritage Site.

Mumtaz died while giving birth to their 14th child and because of that Shah Jahan was left heart broken. Thus, he cremated her and built Taj Mahal on that. Later when Shah Jahan died, he was also cremated next to his wife Mumtaz.

It is important to note that the Taj Mahal remains closed on Friday. As it is a Muslim monument, there are prayers recited in there and so, it remains closed. It is also wise to attend the monument during sunrise and sunset. It looks the most beautiful then. There is an online ticket available and so you can book that to avoid waiting in queues at the venue.

This is a monument that you should definitely visit when in Agra. The fort was extensively rebuilt by the Mughal Emperor Akbar in 1558. The fort had a lot of importance as the capital of the Mughal rein was situated in Agra. However, the fort lost its stature when Shah Jahan shifted the capital to Delhi in 1638.

It further lost its charm after Shah Jahan died in 1666. It was also repeatedly invaded in the 18th century and finally was taken over by the British in 1803. It is huge. Although, a lot of rooms have been destroyed, there are quite a few remaining.

It is a UNESCO World Heritage site. It is better to skip the Red Fort in Delhi but make sure you see this one. The fort remains open from sunrise till the sunset. 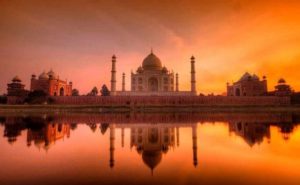 If you want the alternative perspective of the Taj Mahal, then visit the Mehtab Bagh. You will be able to see the Taj clearly across the river bank. It is also known as the moonlight garden and it has been beautifully constructed. It was constructed before the Taj Mahal. Also famous as Baby Taj Mahal.

Also, it is completely free. It is a good idea to stroll in the park and have a pretty view of the Taj.

This is a wonderful place and you should hang out here. It is located between different shops and is decorated with graffiti. This whole hangout is run by women who have been survivors of horrific acidic attacks. It was opened back in 2014 and was started by a Delhi based NGO as an initiative to stop acid attacks.

The whole idea was to raise awareness on this issue by normalising these women in the public. It also serves amazing food and beverages.

Enjoy the stunning Taj with nature. This place is located 500 meters on the East gate which is also known as the Fatehabad road. There is a reserve forest which provides a great opportunity to view the monument in a different setting. You can wander and witness the beauty from different viewpoints. It is open from sunrise to sunset and has a nominal entry fee.

This rural area is located a little far from Agra. It comes on the way to Fatehpur Sikhri. It is a tribal village and the tribes their used to make sloth bears dance. Fascinating, isn’t it? However, they are struggling to earn an income as the bears were taken away by the government and they were not even given a price for it.

Although, the tribe performs certain magic tricks and it is fascinating to meet people from this tribe. There is a minimum entry cost that you have to pay to enter in the village.

It is located an hour away from Agra. It is a deserted city now, but back in the date Akbar found it and developed it. He had moved the capital there but, it was only for a short time as it came back to Agra. It falls under India’s top historical destinations. 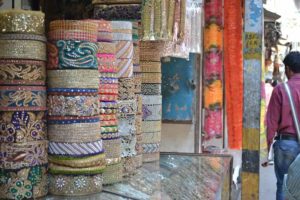 It is always wise to shop at the local markets as you can get something that is not available back home. You can find beautiful and heavy dresses here at wholesale prices. It is a good idea to shop for weddings from here.

Agra is known for this. Also, after walking so much at different sites, you will wish to satisfy your taste buds. The best area to visit is the Tajganj area as it has a lot of different vendors serving different delicacies. It is surely a delightful experience.

This is a great place for history lovers. It is a huge site as it stands on 119 acres. It is just 8 km away from the centre of the city. It has stunning architecture and it is open from sunrise to sunset.

There are a lot of different things to do in Agra except for just viewing the Taj Mahal. Book your trip there and feed the traveller in you with a complete package.

5 Tips to Save Money on Your Spring Break Flights

Enjoy Fun and Romantic Honeymoon Trip at the Popular…

This website uses cookies to improve your experience. We'll assume you're ok with this, but you can opt-out if you wish. AcceptRead More